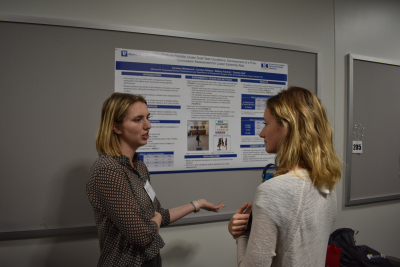 During the 2019 ACC Meeting of the Minds, Caroline Westwood '19 presented a poster on "Postural Stability under Dual-Task Conditions: Development of a Post-Concussion Assessment for Lower Extremity Injury Risk".