Research on the Rho/ROCK Pathway 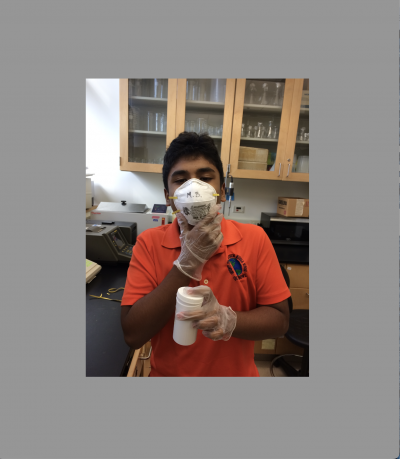 Elevated intraocular pressure (IOP) is a major risk factor for the development of primary open-angle glaucoma (POAG), which affects more than 2.7 million Americans and is a leading cause of blindness worldwide 1. Increased IOP is mainly caused by reduced aqueous humor drainage via the conventional outflow pathway, which consists of the trabecular meshwork (TM), Schlemm’s canal, and distal vasculature 2. Increased TM contractility is associated with decreased aqueous humor drainage and can be stimulated by the activation of the Rho/ROCK pathway 3. Caveolin-1 (CAV1) is a scaffolding protein involved in the biosynthesis of caveolae, cup-shaped invaginations in the plasma membrane that function in mechanotransduction, mechanoprotection, and signal transduction 4. Polymorphisms in the CAV1 and CAV2 genes are linked with an elevated risk of POAG 5. Moreover, CAV1-knockout mice exhibited elevated IOP and reduced conventional outflow facility, and expression of CAV1 in the TM rescued outflow defects in global CAV1-knockout mice 6,7. Thus, CAV1 in the TM participates in the regulation of IOP homeostasis through an unknown mechanism. We hypothesize that TM cells respond to mechanical stress by downregulating Rho/ROCK activity in a CAV1-dependent manner. To test this, we will subject pig TM cells to twenty-four hours of cyclic stretch in the presence or absence of the CAV1 scaffolding domain peptide, cavtratin, and then measure the levels of relative phosphorylated myosin light chain (pMLC)—a surrogate indicator of Rho/ROCK activity and cell contractility. After six trials, we found that cavtratin negatively regulates the Rho/ROCK pathway in pig TM cells—parallel to published observations in human TM cells 8. There were trends towards negative regulation of Rho/ROCK activity in response to mechanical stress, although insignificant. Further experiments can analyze the genes and evolutionary contexts linking cavtratin to the Rho/ROCK pathway.